This isn’t what we wanted to write today.

The pro-fossil fuels, anti-climate action Coalition will form Government again. But while they have managed to hold onto political power, there is a power they do not have.

The power of movements. All across Australia, from Shark Bay to Brunie Island, there is a people-powered movement growing that is more determined than ever to fight for climate justice. This is not the time to give up. This is the time to stand together and escalate. 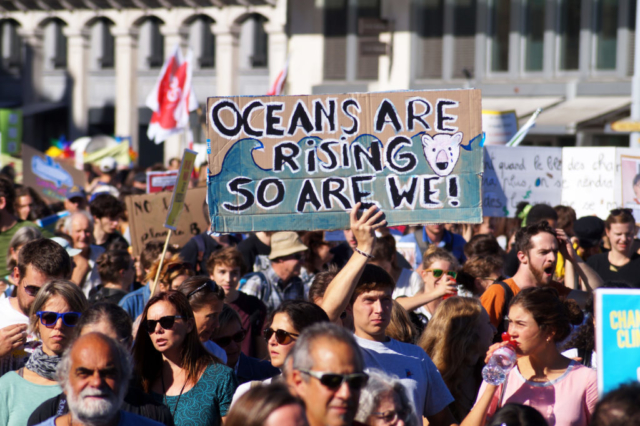 Aided by the Murdoch press, the Coalition got away with their lie that their climate policy is effective. The Coalition campaign was backed by Adani and the coal industry, which spent big on a scare campaign to lie about job numbers and exaggerated the role of coal in the Australian economy.

The rise of independent and micro-parties shows that people are looking for something different, but ultimately the Labor party did not present voters with a clear and compelling vision for how they would translate the community call for climate action into substantive policies.

We have all seen, through leaks and investigative reporting from journalists, that the Coalition’s approvals of Adani’s environmental plans are shonky. The Coalition corrupted the process of Adani’s groundwater approvals on the eve of the election – and serious, outstanding concerns have been identified by the CSIRO and Geoscience Australia.

So what comes next? Queensland’s Palaszczuk government must now protect the state’s precious water resources and the endangered black-throated finch, both of which are threatened by the Adani mine. Minister Enoch should not sign off on Adani’s water plans and needs to demand further research, as independent water scientists have identified significant flaws in the plans.

State and local governments are making great leaps forward putting together plans for climate action. Now, we need to see business to really step up. Communities around Australia are already ahead of politicians on climate change, and will drive change. If the Morrison Government won’t lead, the people of Australia will lead in their place.

But right now? You probably feel exhausted. And confused about next steps. So in this moment, perhaps the best thing we can do is think about what we have achieved together.

This became the #ClimateElection because of you.

One million people filled out ABC’s Vote Compass and the environment came out as the #1 issue. More than 80% of Australians said they want the Government to take more action on the crisis.

Ordinary people all across Australia have given their time, money and energy in the lead-up to the election – and for many, many months more than that – to make sure that the need to keep global warming under 1.5 degrees was the #1 issue of the election.

And it was. Regardless of who won the election, the science remains the same. The Australian people have sent the message that the government needs to take wide-ranging and far-reaching action that will keep dangerous global heating under 1.5 degrees.

If they don’t, they will face the people of Australia.

Today we rest. Tomorrow we stand up again.

For a safe climate future,

Get involved in the fight for climate justice