On March 15, the School Strike for Climate movement turned out 150,000 people to demand urgent climate action. It was Australia’s biggest ever climate mobilisation.

Now, a federal election is just weeks away but neither of the major parties has a real plan in place to minimise the impacts of climate change. That’s why on May 3rd school strikers together with friends, communities, and families, will be taking action right across the country as part of the #ClimateElection National Day of Action.

People everywhere will leave school, work and university to take creative, colourful community action. Some of us will rally at our MPs’ offices with chants and music, some will hold queue-ins, others will hold call-ins, flash mobs and more. Check out the national actions map to find your nearest event! 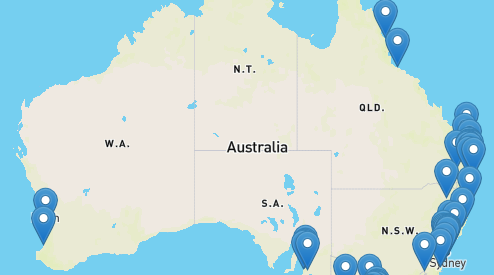 Aisheeya Huq is one student who has been pushing for a safe climate future through the student strikes. Although determined to influence climate action, Aisheeya is one of thousands of young people who can’t yet cast a ballot.

“I MC’d the Sydney student strike in March, and the vibe was amazing. Students from all different backgrounds were there – people I didn’t expect were there. It made me proud to be a young person.”

Yet despite school students being willing to make sacrifices, Aisheeya is disappointed at the government’s response – or lack thereof.

“It’s disappointing that no major political party have gone out of their way to completely support us,” she commented.

In October 2018 the Intergovernmental Panel on Climate Change (IPCC) released its special report into our global efforts to keep warming below 1.5°C. That’s why the 350 community have been running our Vote #1.5 campaign – to highlight the importance of voting for policies that will help keep global overheating under 1.5°C.

For Aisheeya and her generation, these numbers matter. “Science tells us that climate change is important, but people aren’t making it a priority,” she said.

“My parents are from Bangladesh, and a majority of that country suffers from the impacts of climate change, especially rural areas. From failed crops to livelihoods being destroyed.

“This stuff has become normalised, but it’s not normal. And countries like Australia are contributing to it, but aren’t taking action.” 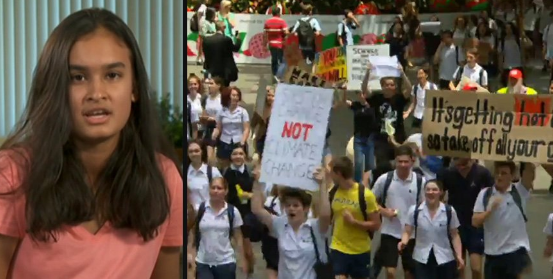 “All you really need to do is join us and make sure that we’re actually heard.” – Aisheeya Huq speaking on The Project in March 2019.

This #ClimateElection represents an opportunity to set a mandate for climate action, and send a message to our leaders that business, as usual, won’t cut it anymore. You can make a difference.

Everyone is invited to the National Day of Action – and more importantly, everyone is needed. RSVP to an event near you or organise your own rally outside an MP office!

See you on the streets.